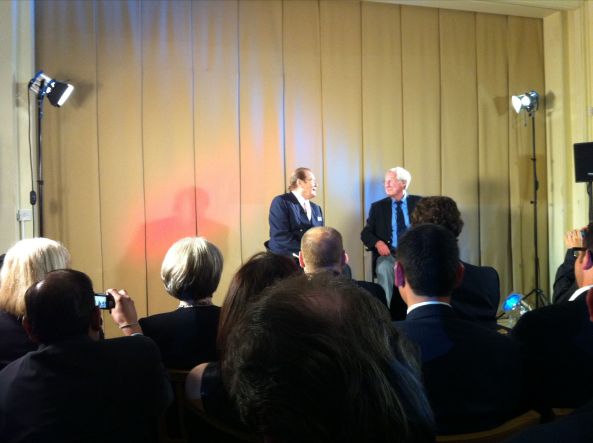 One of my earliest memories of Roger Moore was from a series called “Ivanhoe”. It was made in 1958. It ran for a total of 39 episodes, and although the pilot episode was made in colour, the actual series was filmed in black and white.

Moore starred as the lead character of Sir Wilfred Ivanhoe and his squire/armourer was played by Robert Brown. Brown would go on to star in the Bond Film “The Spy Who Loved Me” as Admiral Hargreaves, but later took on the role of M (after the death of Bernard Lee) for Moore last three Bond films, “For Your Eyes Only”, “Octopussy” and “A View To A Kill”.

Moore followed this with a series I’ve never seen called “The Alaskans”. It ran for 37 episodes.

Following on from that series, Moore also filled in for James Garner, who was in dispute with the makers of his hit show, “Maverick” – it’s fifth series. Moore played Beauregard Maverick, a cousin of Brett Maverick; the English accent was explained away by having the character return from many years in Britain.

Then, it was the big one, the series that made his name internationally, “The Saint”. It was also the one that got my interest. It was one of the few non-science fiction shows I took interest in. It was through Mr. Moore and this series that I moved from reading comics to books. I discovered that Leslie Charteris created The Saint in a book series than began in 1927. I avidly read the books, usually second hand, as many were out of print at the time.

It was Roger Moore who introduced me to the Bond films and the books. I hadn’t taken much interest in them before but once he left his latest series – an all-time favourite of mine – The Persuaders to become Bond, I decided to give them a go.

Oddly enough, the first Bond films I saw starred Connery. I’d been following the making of “Live And Let Die” in various film publications, when I got my chance to see my first Bond double bill. It was “Dr. No” and “You Only Live Twice”.

The next two films I saw were From Russia With Love and Goldfinger. I took my sister with me to see those and our choice of favourite Bond left us in different camps; fortunately, we never fell out over it.

It seemed then that all the films went through one of our local 2 cinemas (now gone) within 12 months. I got to see them all. However, for pure entertainment value, Roger Moore provided that as Bond. Connery may have been a closer portrayal of the character with regards to Ian Fleming’s books, but Moore never failed to entertain.

At the time repeats with regards to TV series and re-showings at cinemas was the only way to enjoy these pieces of entertainment; video-recorders were at least 15 years away.

As previously mentioned, my all-time favourite TV series with Roger Moore had to be “The Persuaders!” I found the clashing dynamic of Roger Moore and Tony Curtis irresistible. It originally ran on a Friday night through 1971 to 1972 and got a Sunday repeat a few years later and each time I managed to con my father into watching the episode again.

Roger Moore hung up the Walther PPK after “A View To A Kill”. It was around this time that video-recorders were about and I rented one. This opened a new world where you could rediscover old programmes and enjoy them again; or in some cases wonder why you enjoyed them the first time around.

While in London, a large record/CD store stocked video cassettes – a vast store house compared with Swindon – and two they had there were edited “The Persuaders!” episodes. At £30 each I felt it was expensive, but I thought, this was Roger Moore and Tony Curtis, it was “The Persuaders!”. So, it was a case of ‘sod the expense, give the cat another goldfish’ and I slapped down the old credit card. I had my hands on four episodes of the series, albeit edited into making 98 minute tv movies with new opening titles. It was close enough at that time. 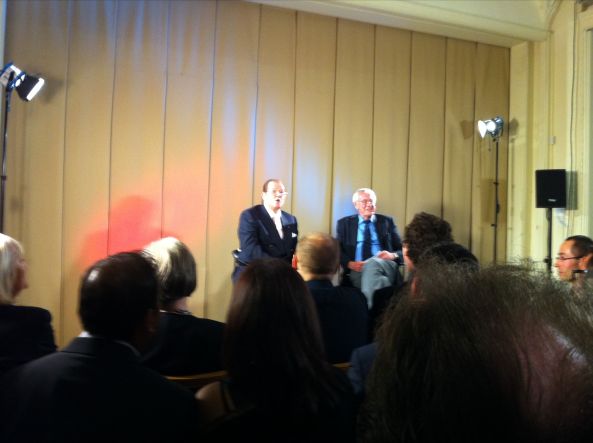 But it was back in 2011, September, that I got to meet Sir Roger Moore – as he now was – in London. It was a promotion event by Network, who had remaster all the episodes and were releasing them in the Blu Ray format, along with extras.

It cost me £80.00 to get The Gold Napoleon (named after an episode of the series) ticket for the event, which entitled me to a buffet (sandwiches, sausage rolls, nuts, crisps and the like), drink (wine or fizzy cider some would refer to as Champagne) and to meet Sir Roger himself, get my box set of “The Persuaders!”. There would then follow, after a showing on a big screen of two episodes of the show (‘Overture’ and ‘A Death In The Family’), an interview with Roger Moore, conducted by Barry Norman – and a very nice interview too – along with a question and answer session.

That ticket might have seemed expensive if it hadn’t been that it included a copy of “The Persuaders!” Blu Ray box set, retailing at the time £55.00. So, I guess, technically the ticket was only £25.00 more than I would have forked out anyway. (It’s how I persuaded myself, ok?)

As I’ve always been of a nervous disposition (aka: a snivelling coward) I decided I didn’t fancy travelling the tube late at night (the event was scheduled to end between 10-11pm). So, it came to pass that with the help of Topman, I booked a hotel room for about £100.00. On top of that there was the train fare of £33.00. I also, the next day, treated myself to a full breakfast (the hotel room didn’t include this) at a placed called “The Angus Steakhouse” for about £12.00.

It was about twenty minutes into the event that The Gold Napoleon ticket holders were asked to leave the buffet and queue up ready to collect their box set and then join the queue to see Sir Roger. It seemed like two thirds of the people who came joined that queue.

Despite how tedious it must have been for him, Sir Roger was smiling and always polite, the English gentleman through and through. It was one of those occasions, I’m glad to say, where meeting your hero(s) did not disappoint…far from it…